The Liverpool duo of Harvey Elliott and Tiago Alcantara will definitely not be in the squad to face hosts Manchester United in the league this weekend. The two players are out of the Manchester United game due to injury. 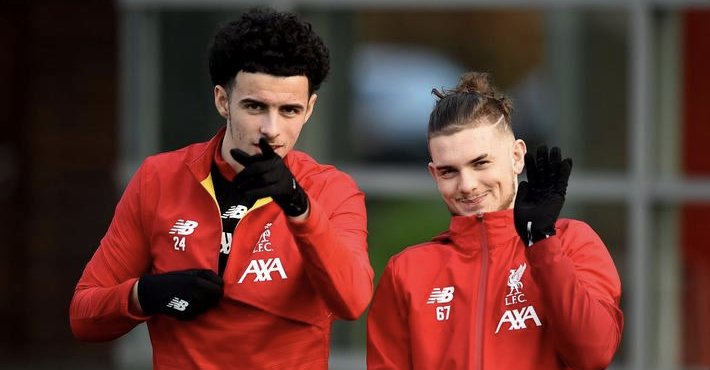 Young Liverpool attacker Elliott impressed a great deal in the opening weeks of this season’s Premier League campaign until he sustained a serious ankle injury during the trip to Leeds United in the league. He was at the end of the tackle from Leeds United substitute PascalStruijkwho was sent off in the process. Elliott had to stretchered off during the game which ended in a 3-0 away win for the Reds.

Liverpool teenager Elliott is a quality footballer signed from Fulhamsome years ago and he impressed while he was on loan at English Championship side Blackburn Rovers last season. Elliott was given the opportunity to stake a claim for a spot in the Liverpool XI upon his return from Blackburn Rovers at the start of the season and he took it with both hands until his progress was stopped by the injury sustained during the league game at Elland Road.

Apart from Elliott, Spanish international midfielder Tiago Alcantara will miss the Manchester United as he’s yet to recover from an ongoing calf issue. Thiago has struggled to make an impact in the Liverpool midfield since he signed for the club from German Bundesliga giants Bayern Munich at the start of last season.

Liverpool could also be without young midfielder Curtis Jones in the squad for the Manchester United though manager JurgenKlopp is optimistic that the Reds Academy graduate will be a part of the squad for the blockbuster game at the Theatre of Dreams this weekend. Jones has been struggling with a groin problem in recent times. In his pre-match presser for the United game on Friday, Klopp said that Jones will join full training in time for the match on Sunday.