Liverpool are likely to break their transfer record for AS Roma attacker Mohammed Salah. 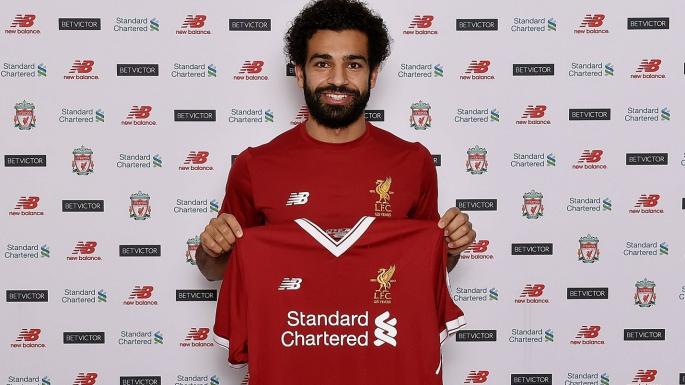 The sporting director of the Italian side Monchi confirmed the interest from the Merseyside club. Roma are hoping to get more £35 million for the player. The director admitted that the player could join Anfield this summer even though talks have been stalled over the transfer price for the 24-year old star.

Jurgen Klopp wants Salah to join the team ahead of the pre-season training in early July. He wants the new player in his attacking team as he searches for a top defender to help with the woes of last term.

“For Salah, there is an offer from an English club but the price will be set by Roma, not the buyers. As I’ve said before, Roma is not a supermarket. Roma is a team that will represent Italy in Europe. We came second in Serie A and out idea is to keep as good a team as possible,” Monchi claimed.

There are reports in Italy that Salah is excited at the move. However Roma would keep him beyond this summer if The Reds do not match their valuation. Former Egyptian striker Mido recently hinted that Salah would soon move to Liverpool. He said it was “just a matter of time.” He added that the style of play suits Salah, who is keen on playing under Klopp.

Liverpool tried signing the player two years ago but he preferred a move to Chelsea. He did not impress at Stamford Bridge after his £11 million move so he moved to Roma.

Liverpool remain active players in the transfer market as they hope to boost the power at the club. They recently lost out in the chase of Southampton defender Virgil van Dijk.