Arsenal favourite Ian Wright believes Liverpool should make an approach for Tottenham Hotspur defender Toby Alderweireld during the summer transfer window. The Reds recruited Virgil van Dijk from Southampton in a club-record deal in January, but Wright believes that the Anfield club still require a new centre-back as well as a goalkeeper to strengthen their ranks further. 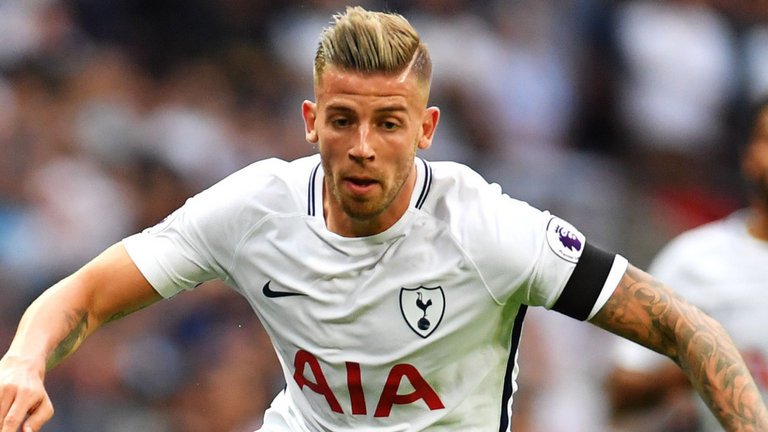 Speaking on Sky Sports’ The Debate, he said: “I can’t wait to see Liverpool’s business in the summer. I am so excited about that. They’ve got to get a goalkeeper. They need another centre-half. Get Toby Alderweireld from Tottenham so they can weaken them and Arsenal can do a little bit more against them!”

Alderweireld joined Tottenham Hotspur from Southampton during the summer of 2015, and he has since commanded respect from every opposition, having formed a stable partnership with Jan Vertonghen at the heart of the Spurs defence. Despite this, his future has been called into question this term amid his reluctance to sign a new contract. With Liverpool fast becoming a force in European football, having reached the Champions League Final, it’s no wonder players like Alderweireld would jump at the chance to play for Liverpool, and play infront of a sold out Stadium of 60,000 fans week-in, week-out.

The Belgian suffered a hamstring injury towards the end of the previous year, and this has seen him fall below Vertonghen, and Davinson Sanchez in the pecking order in central defence. This has, in turn, not helped Spurs in their quest to negotiate a new deal with the defender, who is set to enter the final year of his contract during the summer.

Reports in the English press suggest that Spurs have decided to sell him amid his staggering wage demands of £180,000-a-week, and this could potentially produce a transfer tussle with Manchester United, Liverpool and Paris Saint-Germain all said to be vying for the former Ajax graduate. Spurs are currently said to value Alderweireld at £43m, but this price could drop to just £25m via a release clause which may activate, if he is allowed to enter the final 12 months of his deal.