Merseyside giants Liverpool have the chance to close the gap on leaders Manchester City on the Premier League log when they take on hosts Arsenal in a rescheduled game billed for the Emirates Stadium later today. The Premier League encounter was initially scheduled to take place at the end of last month, but it could not be played due to the Reds’ commitment in the Carabao Cup final. Liverpool faced rivals Chelsea in the Carabao Cup final on the same weekend as the league game with Arsenal and they were able to win the competition via penalties. After a goalless affair in 120 minutes, Liverpool beat Chelsea 11-10 during the penalty shootout to win their first Carabao Cup title in a decade. 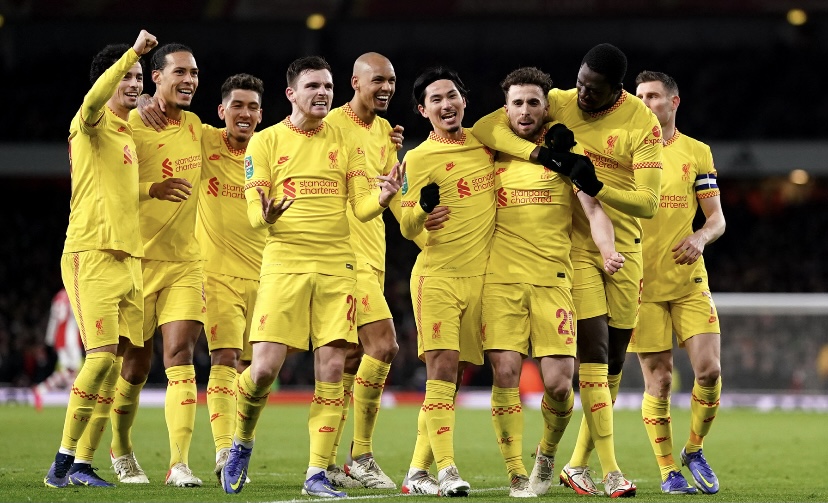 Liverpool are in a fight with Manchester City for the Premier League title and they were given a big boost when the Citizens were forced to a goalless draw at Crystal Palace ealeier this week as they missed out on the chance to move six points clear at the Premier League summit. Manchester City would have moved six points clear of Liverpool with a win over Crystal Palace and having played one game more than the Reds. In the end, they drewthe game to move four points clear having played one game more than Liverpool.

The extra Liverpool game is against Arsenal and a win for them will move the Merseyside giants to within one point of Manchester City. Ahead of the trip to face Arsenal in London, Liverpool are in a good place having won their last eight league games. They can make it nine straight wins with victory over the Gunners who are also in good form with five league wins in a row.

On the injury front, Liverpool have no one injured but they will be without the duo of James Milner and Kostantinos Tsimikas for the Arsenal game due to illness.