Manchester United legend-turned-pundit Rio Ferdinand has backed Liverpool to progress to the quarter-final stage of the Champions League despite playing out a goalless draw against Bayern Munich on Tuesday night. The Reds had the home advantage for the first leg of the competition’s round of 16 but they could not find their way through a solid-looking Bayern backline. 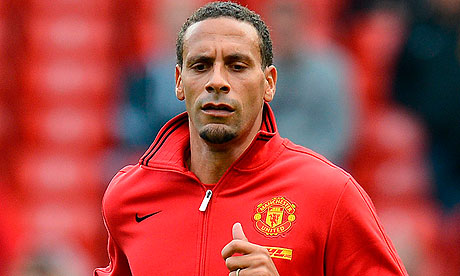 Despite this, Ferdinand feels the Reds have the edge over the tie, given they possess the attack front which can make the difference during the return leg at the Allianz Arena, he said: “I think this is only second time that Liverpool have failed to score at home so you have to give Bayern credit for that. They have come here with the experience and shown that.

“When this Liverpool team wake up they’ve got to back themselves and think: We can go to the Allianz Arena and score. We’ve got to keep a clean sheet, but if we keep ourselves solid at the back we’ve got three or four of the best players going forward. Such a quick, devastating attack force: We must be able to score away from home. That’s what I’d be thinking if I was them.”

Both Liverpool and Bayern fluffed their lines on Tuesday night but the Reds should be more disappointed, given Sadio Mane and Mohamed Salah could not find the net despite getting behind the Bavarian backline on occasions. Nonetheless, Jurgen Klopp should be pleased with the shutout to deny Bayern an away goal and the Reds will go into the away leg next month with a much stronger defence.

Virgil van Dijk is expected to return following his European suspension and this should provide a better defensive resolve for the Munich trip in two weeks’ time. Before that, however, they need to focus on their Premier League title pursuit and they have the chance of leapfrogging Manchester City to the top of the table, should they secure at least one point at Manchester United this weekend.

Virgil van Dijk admits he made a mistake versus Manchester City